Indians are fond of eating. No matter what the situation is Indians are always in the mood for food whether they are alone or with friends or with family and thanks to restaurants who deliver food to us, be it anytime 2 pm or 2 am. One unique thing about Indians is they are always ready to try new dishes. But you know what’s the special thing about Indian food, it’s SPICES. Without Indian spices, Indian food is like a crowd in a rock show without enthusiasm.

One thing which is common in every Indian household is the magic box made by grandmas and moms which is used in the kitchen. This magic box is full of spices and this puts flavors in our food that’s why it is called the heartbeat of an Indian kitchen. Spices or masale in Hindi are used to flavor the food which makes each dish aromatic and an experience in itself. There are more than 40 Indian spices. Some are used all over India and some are used in particular parts of India like a stone flower or bhut jolokia which is famous in the northeastern part of India only. It is certified by the Guinness World Records as the ‘hottest chili pepper in the world’.

Most of us think that Indian food is not good in other countries because we aren’t able to find Indian spices. But our restaurant ‘Memories of India’ in Ipswich city provide authentic Indian food to our customers. We have made the place in such a way that if you are sitting there you’re gonna feel that you are in India. The buildings are made in old heritage style and we use the real Indian spices which will remind you about the authentic taste of the Indian kitchen.

That being said, let’s look at some of the most common spices which we use in our food to taste authentic: 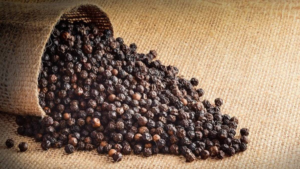 The king of all spices, Black pepper is actually native to India, from the Western ghats and Malabar region. Most of the Indian dishes are incomplete without this hard-to-grow spice as it depends on many natural resources. The fire and spice in our meals, which we are really fond of are provided by this spice. For the best flavor, however, fresh black pepper can also be ground directly into dishes. It comes with a lot of health benefits like it helps in improving digestion, increasing metabolism, and treating skin problems.

We use black pepper in almost every dish but in biryani it is the king as it gives the real Indian flavor to the dish. 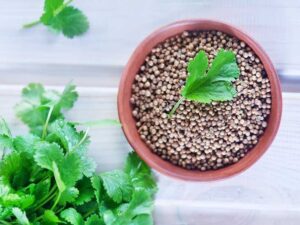 Coriander is the most essential and probably the most common spice of India. It brings aroma and flavor to the food. Generally, coriander is in golden-yellow color and has a gently ridged texture. It is used in various forms like its leaves are used to make chutney and is also used for garnishing. Coriander seeds are the plant’s dried fruit, which can be used whole or ground. Its flavor is earthy, tart, and sweet with a floral aroma that releases when toasted. It is the most common ingredient used in gravy and curry recipes. In addition to that, it helps in the proper circulation of blood in the body and its cooling properties also help indigestion. 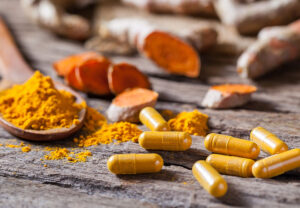 The golden spice of India usually called turmeric or haldi in Hindi is another spice that is widely used in cooking. It has an earthy supporting flavor. It contains a yellow-colored chemical called curcumin, which is often used to color foods and cosmetics. The interesting part of this spice is it is not only used in food but also for medicinal benefits like it is the best antiseptic for cuts or wounds and helps in easing arthritic joint pain. Curcumin, the active ingredient in turmeric, destroys cancerous cells and protects them from Alzheimer’s.

Turmeric helps us to give curry-ish flavor and texture to the food. 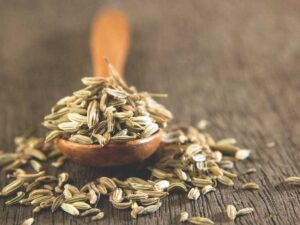 Cumin or jeera seeds and their powder both are used to increase the taste of delicious cuisines. It is best used freshly from the ground for the intense flavor which is like caraway or dill. It gives a smoky flavor to Indian dishes, so we use it in almost every dish. Ground cumin powder is also an essential spice used in India and is one of the key ingredients in garam masala spice mix. The medicinal benefit of this spice is that it is very effective in curing stomach disorders.

In past, every region in our country was famous for some specific taste. For example, you could enjoy tangy street chats and hot stuffed paranthas in Punjab, however, the same taste isn’t found in other regions. Also, curry leaves bring a new dimension to every South Indian dish, but you could hardly see them getting used in Delhi or Kashmir. This uniqueness in diversity and sharing of cultures that is now possible due to the technical boon is making our grandmas and moms supermoms as now we can have the same taste of sambar while sitting in Delhi in the comfort of our home.

Just like this ‘Memories of India’ provides the mouth-watering Indian dishes thousands of miles away from home by adding these special spices which will surely remind you of your moms and grandmoms.

[…] no matter what the price is, we all gonna taste the beautiful dish. Perception is a key aspect of a successful dining experience. The

[…] also serve tandoori chicken which is one of those dishes that resound in Indian Cuisine. It is made up of various spices which give

[…] (1910) in Ipswich. It is a perfect destination for Indian food lovers. We provide the best and authentic Indian food in a royal heritage

PRESENTATION OF FOOD - MEMORIES OF INDIA on HEARTBEAT OF INDIAN KITCHEN

[…] tasting experience comes down to good or bad presentation. If the food on the plate will look appetizing, it will tempt you then you’ll

[…] you to satisfy your taste buds. We present you ‘Memories Of India’ which serves the best and authentic Indian food to their […]